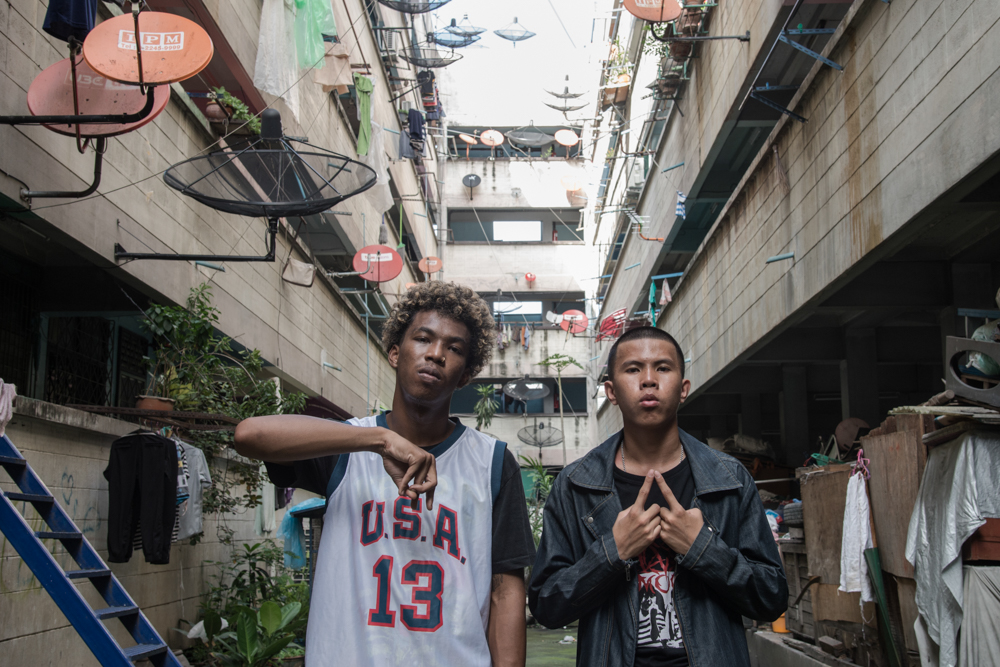 cred to VICE I just copy the photo! 🙂

We are travelling back to Thailand to see 19Tyger and Eleven Fingers. Both are from Klong Toey, one of the most overpopulated cities in Bangkok.  Some people have the image of Klong Toey is a city with crime, poverty and drug.

Quoted from VICE, Eleven Fingers said that he could not even get a taxi as there is a stigma from a taxi driver about the people that lived near the port even 19Tuger also supported his friend.

“I can’t even get a taxi to take me home at night. When the drivers hear I live near the port, they won’t take me.” – Eleven Fingers

“They think it’s too dangerous, or that they might get cheated.” – 19Tyger