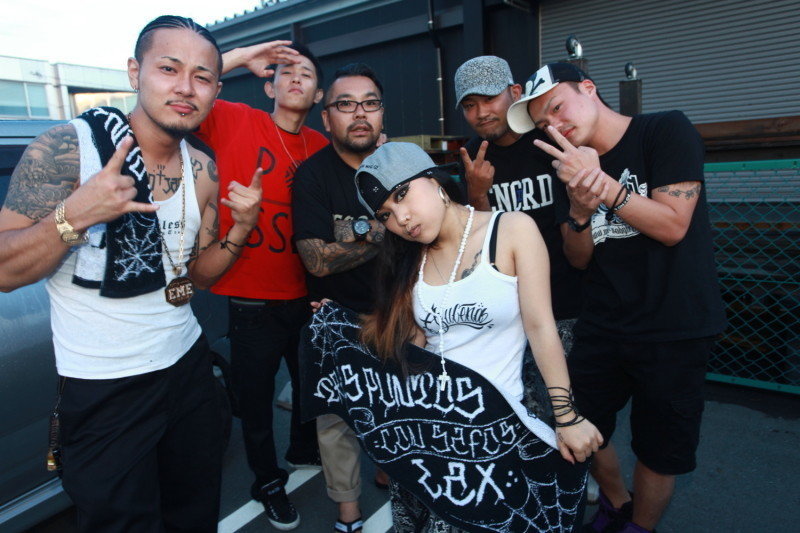 The Refinery 29 just posted about Mexican sub culture in Japan, the famous subculture that actually meant to be Mexican-American empowerment during the 1940-1970 is called Chicano. So somewhere in Nagoya actually a group of people having their own Low Rider workshops in Japan (Nagoya is one of the biggest car manufacturing prefectures in Japan). This subculture actually divides the thoughts of cultural appropriation or cultural appreciation. Cultural Appropriation is when we using a part of other culture but using it in a mainstream way, probably making it to be a stereotypical fashion, for example dressing like the rappers by wearing bigger pants, slouchy t shirts, without understanding the background. While Cultural Appreciation is the way we respect the other cultures.

One of the girls Ayaka, actually having some clothing including the inmates costume, because its part of the stereotype of the American-Mexican culture, however according to Denis Sandoval (an expert) explaining that the Japanese women, and the Chicano ladies are actually related why? because the sense of rebel, being bold, being strong women, and in such a male-dominated areas (basically all over Asia), they fill the need to dress a certain way to feel like they are being empowered. Also the other girl named Mona aka Sad Girl has a little bit more research on this culture, rather than having it as a stereotype dressing code.

Being a women in an Asian country is not something easy as well, as the video explained that women are being pictured as “delicate” “soft” “cute” I have to say that some girls need to get the “perfect score” in the universities as well, and MoNa expressed that being a girl she was told about things that’s making her feel uncomfortable doing it so. So, MoNa actually expressing her feelings through music. I feel like I understand this ladies about being categorised, and being put in a box. Also Sumire that part of the auto mechanic of this Low Riders explained that it’s okay to be different, and although people are labelling you, don’t stop pursuing you passion. Back in 2017 MoNa releasing a song called Few City Lights, where the main character is a girl faced a depression, she starting to take pills and having suicidal thoughts, it’s something that the public in Asia don’t really accept this topic well. But in fact depressions can come through, and it’s okay being spoken out about it, it’s okay to be open about it, and everyone does need help. So at the same song, the words like “a few city lights it’s gonna make you alright” giving the girl a hope.

What I am trying to say is..

Also it’s important for you to speak out, it’s for you guys (don’t care about the gender), for example, if your parents are academically chaser, but you want something practical just say it. There are thousands of people who are an academic lecturer, professors, just an academic excelled in general, but their kids doing things that the opposite of their parents. For example