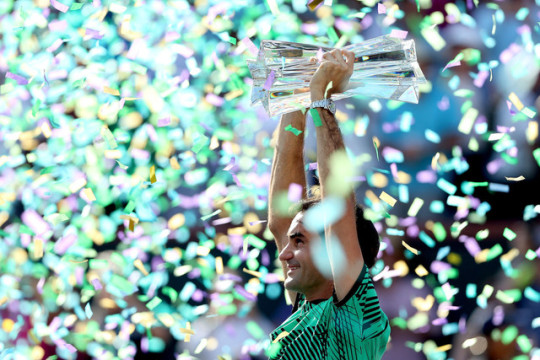 I know that Roger Federer is an athlete who’s in his pinnacle of his career, nevertheless he is one of the greatest athlete out there who’s very inspiring for all ages. On a CNN interview that was released today, he said that his coach Peter Carter who died a year before Federer win a slam. However he remains close with his family member, and even pay the tickets for Peter Carter’s parents to see Australian Open from Adelaide to Melbourne.

“Sorry. I hope he would be proud. I guess he didn’t want me to be a wasted talent.”- Federer on CNN interview

I think somewhat we sometimes focusing on paying back to others, we don’t care anymore the values of a little thing that might change people’s life. I mean I still do it to, and its something that’s hard to do, because of our own egos. Somewhat I see Roger Federer as the most respectable athlete, an athlete records are meant to be broken by the next generation, its something that motivate the younger generations to not waste any single thing. But being respected is more valuable than being someone that people are scared of, because with respect, someone must scared him/her as well right ? just like us to our parents (maybe).