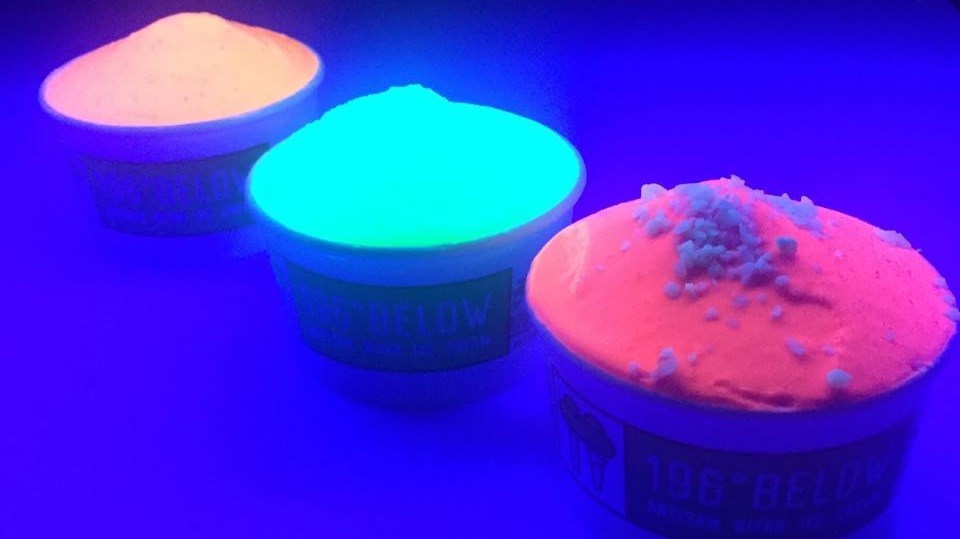 So guys, ice cream the food that everybody love, from kids to adults..today I sacrifice myself to try at least my favourite ice cream in Melbourne, more of the ice cream photos are actually coming up when I’m going to have my holiday later on, so there will be some edits on this post…What do you guys love love ice cream, or what type of ice cream do you guys love ? I personally love all ice cream…but I’ll collect more about the ice cream things later. 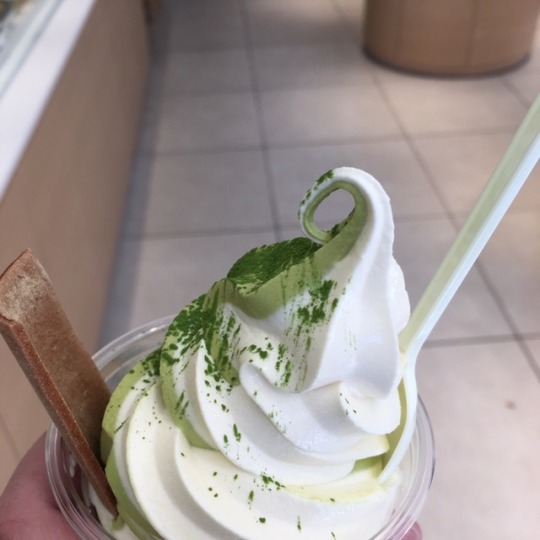 So I ate this at Gion when I visited Kyoto 2 years ago, I mean I love soft serve, because definitely because its soft…but the Kyo Baum is known for its cake, which unfortunately its not on the photo, the cake is really good with the ice cream. For the record I really love Japanese dessert because they are really good although its not that healthy. 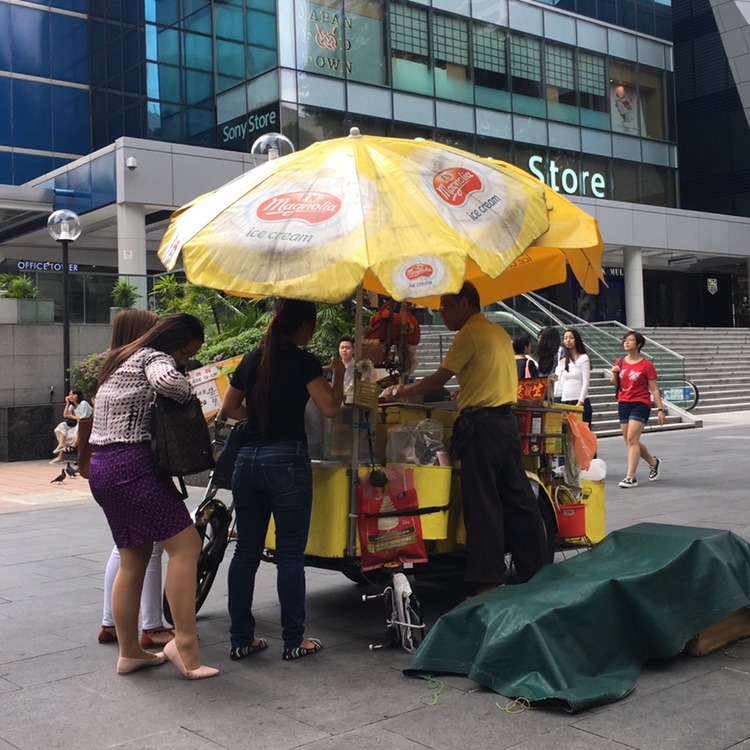 So with Singaporean Ice Cream Vendors is like you can pick your own ice cream, and the uncle will cut it for you, and you eat it with bread or wafers. I personally love eating it with bread because thats how I eat it since I was young, but at the same time its because it actually help me with the coldness from the ice cream. You can find a lot of this vendors in Orchard Road..so I’m comingggggg, the fact that the ice cream is cost about SGD 1.20 the taste was amazing, I really like it, its one of the food that I always eat whenever I visited Singapore since I was young (I visited Singapore a lot due to my eyes defect when I was young) 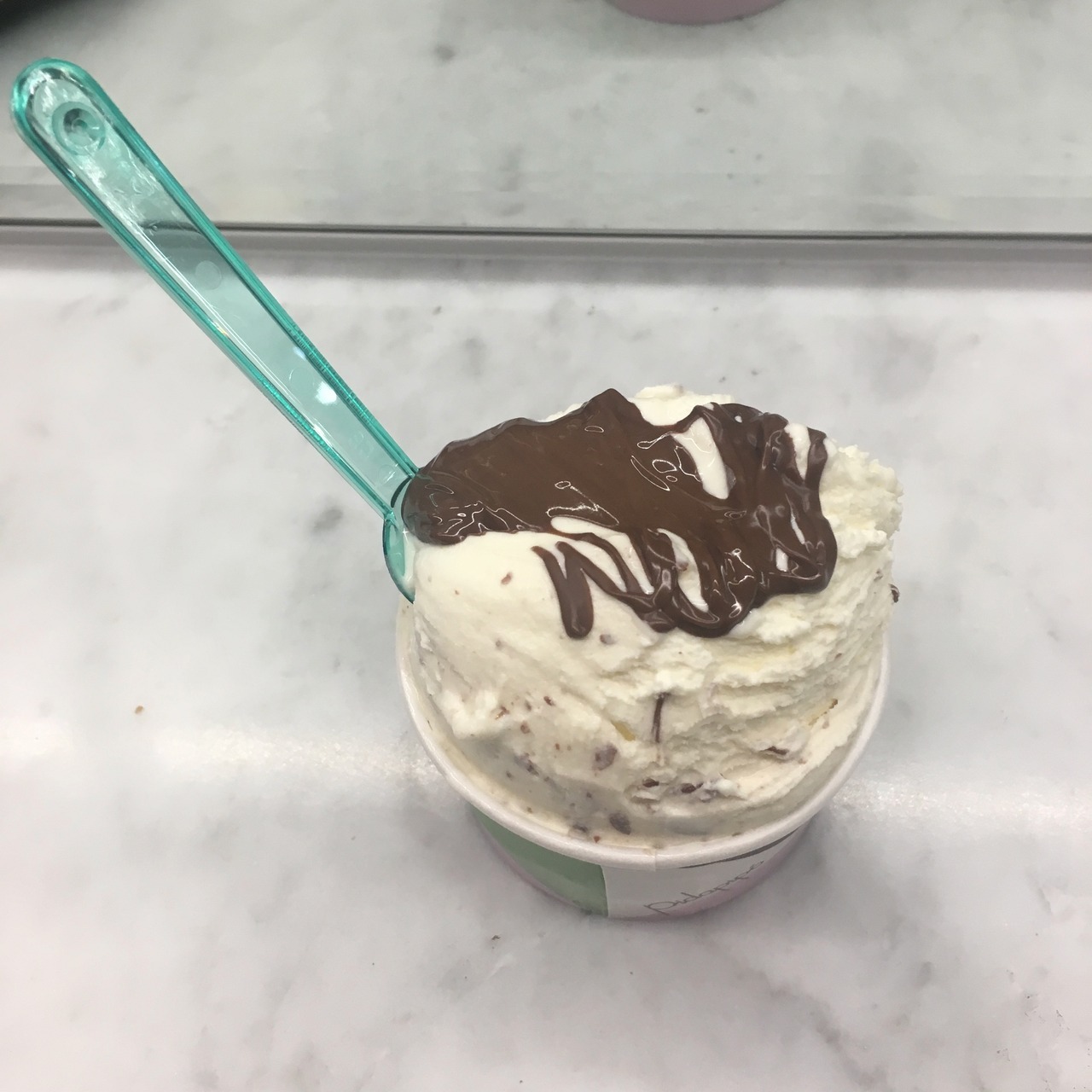 This is one of my favourite ice cream place in Melbourne, because of one reason their Nutella Swirl is just way too hard to resist. I first ate this when I was under 18, and my place was super close with the ice cream place 3 mins by walking. For the record if you have Nutella Swirl you’ll have a free topping of Nutella, but you need to pay extra if you don’t pick the Nutella Swirl, and adding some Nutella. 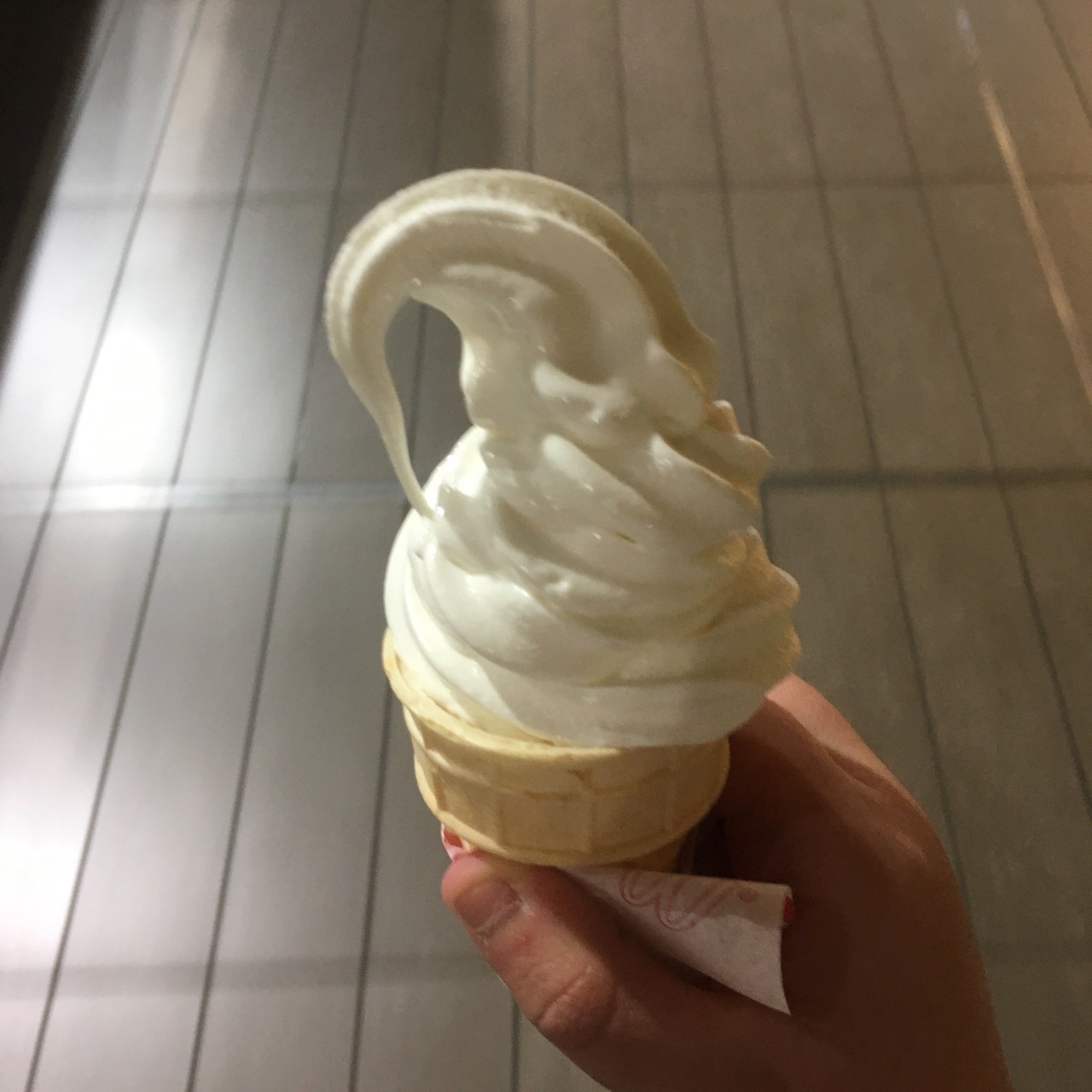 One of my favourite is actually from McDonald its cost around AUD 0.60 the soft is really good. I just like it whenever I got bored I just run to McDonald, and got an ice cream. I actually prefer the sundae ones, and large in terms of size because they literally just there “the ice cream”. I don’t know but there are several version on different McDonalds around the world. 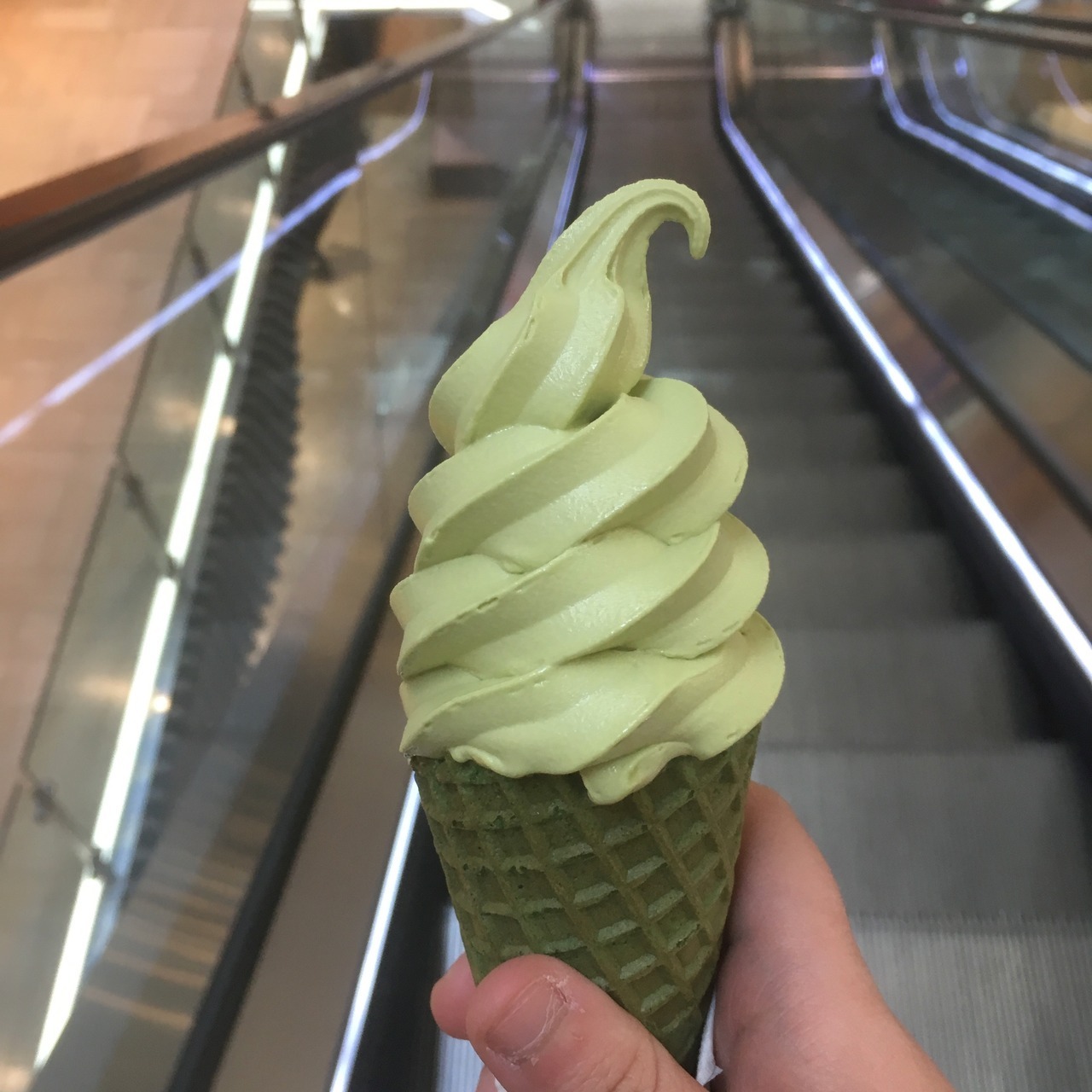 There is no better ice cream at 2 dollar with Matcha flavour, there is a Sesame flavour too, but I love Matcha sooo much. There are 2 places to get this Rice Workshops ice cream, one is in Emporium, it closer to the place that I’m studying… 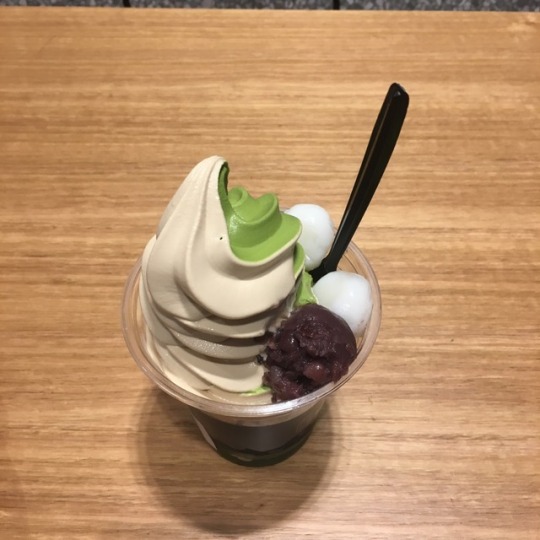 Kyo Tea House
They probably one of my favourite soft serve sundae here, they are Japanese style sundae I guess, they have matcha, houija, and they also have some other ice cream like from the gelato, sorbet, and they do some variance as well with the ice cream. The sundae is complete with cake, mochi, red bean, green tea agar (?), they are amazing, they have a long line ups during summer, which now is super close with summer. The cafe is located in Emporium, Melbourne.
Okies the other two places are actually has no picture of the ice cream, because I didn’t took the photo out of it, but I remember the place, so I just want you guys to see it 🙂

I went to Italy last year, and not to mentioned that gelato is definitely coming from Italy. I didn’t get to eat the rose ice cream thing, but when I went to Pisa Tower, actually bunch of our tour mates are ended up eating gelato near the tourist area. Its the Gelateria Valentino, for some reason I don’t know why I didn’t pick up the photo, so the store was taken from another blog here , but the Pisa Tower is my own photo 🙂 So if you go to Italy maybe you could try this one as well.

Gelateria Valentino
So I went to Trevi Fountain as well, it was during winter time, but I always eat ice cream everywhere I go, so the image of the ice cream store is from Trip Advisor, here. But the image of the fountain is my own picture 🙂 So I went there with my family before having Pizza for lunch, but for the record I feel like I still need to eat more gelato when I’m Italy..sadly I only ate two by far..sooo my ice cream adventure will start on another journey…
Address: Via del Lavatore, 96, 00187 Roma RM, Italy Phone: +39 06 678 3219
MUSICCC  TIME
But in music ice cream is actually symbolised to many things other than food, but it represent the figurative language of being sweet, and other things. For example Raekwon’s Ice Cream, where he explained that its bot about describing girls, but its purely because he really enjoyed the beat, and having fun with the song process. Definitely having Raekwon will reminds everyone with old hip hop sounds, that I think not a lot of people familiar with, even with me I don’t really know that much, the beats sounds different, and the word swag from today’s world is a little bit different from before. However its definitely a different ice cream song when you see K Pop’s star Hyuna’s Ice Cream. The music video for Hyuna’s Ice Cream was one of the fastest k pop music video to reached 10 million views back then. And for the record back in the days there’s no active instagram user or fans that’s literally asking everyone to stream their artists’ music video (missing the old days)