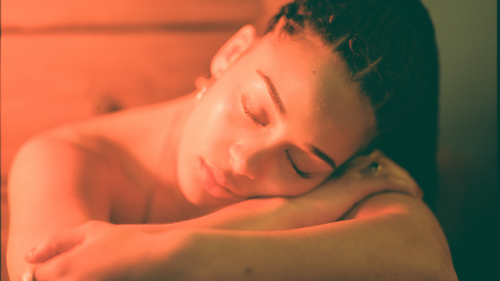 Current favourite singer that I actually is Jorja Smith, the English singer is currently on the rise on the music industry. She’s been collaborated with artists like Drake, Stormzy, and more. She’s also taking part of the Black Panther’s album, titled I Am most of her musical released are inspired by a lot of R&B, alternative R&B, pop, and hip hop music. She’s also on the cover magazine of V Magazine, and more. One of the track that I love is Let Me Down featuring the British artist Stormzy.

Actually the song is giving the contrast between the voice of Jorja Smith with the rapper Stormzy, I also like the way Stormzy wrote his bar and put the lyrical content, because grime itself its so fast to the point you can’t really listen to the lyrical content too fast.  I would recommend her for someone that’s a fan of SZA, or NIKI from 88rising. Currently alternative R&B is becoming huge, with other stars like Khalid is actually chart of the charting songs list.

Actually a lot of British artists are actually coming back to like Charlie XCX who actually starting to put more a lot of her work on the mainstream music back, Dua Lipa, Ed Sheeran, we haven’t heard from Adele since awhile, but Sam Smith also collaborated with Calvin Harris, there is Muramasa as well. So personally think that British artists are actually giving more diverse music and they’re still putting some rawness on the music. I think I love the romantic sound from Jorja’s voice, and its also give its unique sound through the music which I really love.  Her studio album Lost and Found was released back June this year will be reviewed very soon, and she’s and Khalid actually already collaborated in another project called Location 🙂