Hii guyss sorry to be MIA..but I don’t really meant to 🙂 so today we’re going to track back our lovely ORANGE RANGE 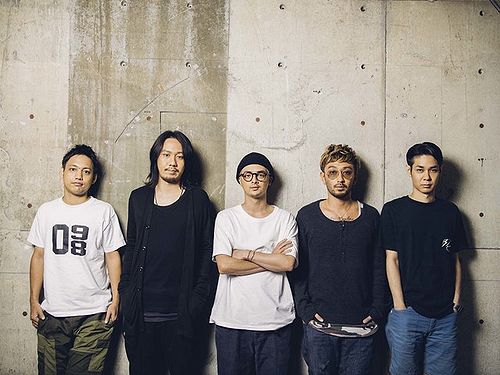 As I said guys I think in the past few years the younger generations seems to growing up a little too fast than what I expected. It seems like they don’t have much time knowing the Japanese animation that I think its part of everybody who was born in the 1990s.

By the way I think its very interesting because at that time we’ll always knowing, and looking for the opening songs, and the ending theme of those anime 🙂 let’s say the popular one like Inuyasha, Bleach, and Naruto. Those anime also helps South Korean artists like BoA, and Younha getting known by the public. But one specific artist name Orange Range is also taking part of my childhood moment.

Actually for some reason some of Japanese Artists Vevo is really hard to reach for fans who lived outside Japan, Aqua Timez, and Orange Range are the examples. But luckily their spotify are still accessible. One of the most memorable songs from Orange Range for me is definitely the Viva Rock the ending theme of Naruto, and also Asterisk the opening theme for Bleach.

I mean I love Bleach until today man..literally they have one of the best openings, and endings them out there, it terms of their songs they are not too out dated, and recently they have the live action movie…so my dream coming true at least once again.

Going back to the Orange Range, I think that actually Japanese artists are really creative at playing the musical instruments too, they literally mixing the genre of the songs even before its actually really on demand. It you look at the band they rapping, and mix it with rock songs, and some their songs like Hana for example, is really good to listen when you’re just want to chill for a moment.

What I like about the Japanese Artists is that they still have the “Japanese” thing that its hard to explained. If you see the trend they really taking part of the style like Harajuku, that in a way influenced the K Pop artists in the 2010s before Gangnam Style break the internet. Although probably its true the statement by Taku Takashi from M-Flo  its true

“We don’t have a lot of money, but we need to do more internationally. We should be more Internet-friendly, we should have English translations (on websites). I’m able to connect with foreign fans and artists by speaking English, it allows you to see the outside world.- Taku on Japan Times

I think its the reason why the old J Pop artists fans sort of moving to K Pop artists fandoms. But I don’t blame them, I might hurt some of the fans, and I want to apologize for that. But to be honest there are pretty damnnn awesome artist from Japan that deserve the attentions, or noticed 🙂 those who listen on my blog are my favourite artists tell me about yours favourite 🙂