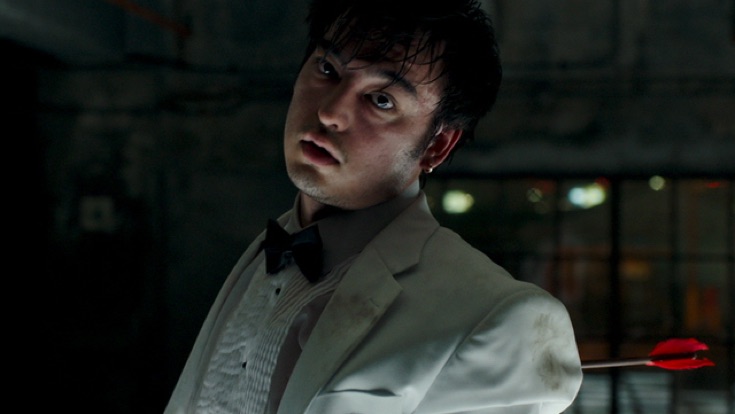 You guys know that I love people who are creative and most importantly very unique as a person. I found that Joji is more than just a YouTube star, he also taught me not to be afraid of being different..Joji known as few character such as Filthy Frank, and the Pink Guy..Joji went viral after doing the Harlem Shake by Baauer..there is not much information about his background soo yeahh privacy guyss..But I wrote this blog not about Filthy Frank or Pink Guy, BUT ABOUT JOJI, and stop complaining about his other characters..like to be honest artist can do whatever they want to do 🙂

I know that now Joji is going to pursue his music career..totally he need to do it because he is soo talented on that, there is this song before that he released before he got the music things seriously called STFU (Shut the Fuck Up) which I really love..I love to give IDGAF (I don’t give a fuck) to anyone that try to mold me into certain personality.. Joji new music definitely AMAZING as well..there is this song called Demon from his EP that I love

“they taking my heart now…

and I don’t know why”

Definitely from STFU, and Demon Joji showed a different artistry, with Pink Guy he showed more on his funny persona, while with Demon Joji showed us why he is on the music game, and someone to look up for 🙂 which is awesome. Joji sated that his music style is inspired bu hip hop. R&B, trip hop, and lo fi music. For me although the title of the song is called Demon, I found it very chill instead of scary..it does have deep meaning instead the technical meaning..

I will take every match seriously and respect every opponent.- Lin Dan

I guess thats what everyone should do, I personally think that I love Joji’s music now and then..because for me there are some music that’s just fits on whatever conditions that I’m in..when I want to be goofy and crazy I could play STFU, and my friends will be llike whaat ?? but IDGAF mann that’s what I learn from the artist that I mainly wrote on this blog..some people name like KOHH, Rich Brian, MINO, Joji, J Soul Brothers, Verbal, Pharrell, Teriyaki Boyz, BAD HOP, are often show up on this blog..because first they are amazingly talented with unique hobbies and personality…for me artistry is about being different and all things like that..you can be a comedian, but you can be scientist at the same time too..

For me there is something is Joji’s video that give me video aesthetically pleasing, and its unique..not a lot of artist make their music videos like that..there is something about it that very dreammy likee..