“I’m not a rapper, I’m just a singer with a flow,”- Take it Back Ed Sheeran 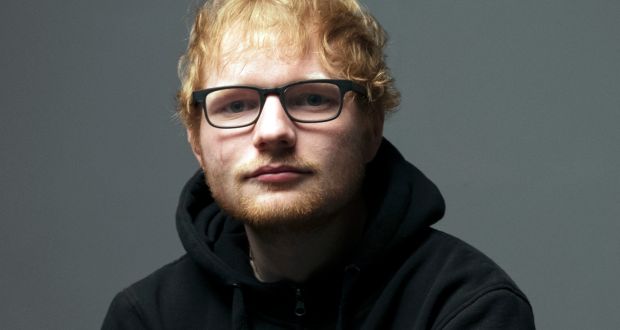 I went to the Ed Sheeran Divide Tour this year in Melbourne I love Ed Sheeran, because he got some sentimental songs that I really love. I knew about Ed Sheeran during the Lego House era, I was watching this music shows and they have Ed on it :), there were the times I love listening to slow music, and definitely I love Lego House because the TV was showing it on every music station at that time 🙂 I love how Ed Sheeran putting his love songs on a different level, and not in the kissing ass-way..especially on his music video so his music video will be enjoyable with kids who watch TV with their parents (for example like me 🙂 my parents usually checking on what thing I’m on right now 🙂 )

The video featured Rupert Grint (yes from Harry Potter) as a die hard fan that dressed almost similar to Ed Sheeran. The fans was hoping to be noticed by the singer but unfortunately he didn’t. The fact that sometimes we often hope to believe that wonderland is true but its not 🙂 :’) we want to acceptance but its hard, its just like a lego house for me we build it, we destroy it.

The other song is pronounced You and I, the song was from the album + the song is very chill sweet, put unexpectedly Ed Sheeran blend some verse of rapping there, don’t be surprised Ed Sheeran is a fan of Eminem and use Em’s The Marshalls Mathers LP to get rid of Ed stutters :). If someone will go to prom and if your prom date is super girl-crush and such a huge fan of hip-hop than sing this song guyss 🙂 bring a guitar and sing You and I soo sweet isn’t but still got the rhythm awwww ❤

This is the song where Ed stated "I'm not a rapper, I'm just a singer with a flow,".. I guess he is true, he's not but he got the rhythm on some of the songs make it more interesting actually, instead of using the heavy beat he used the guitar strings and I think its so cool, very chic, clean finished on a song. I just love how Ed finished his rhymes, and verse. I just think this song is about how people saw him, so he basically shut all the people's mouth shut 🙂 thats an awesome job 🙂

To be honest I'm not a type of a person who easily cry over something 🙂 but somehow this song kind of touch my heart. I want to have this song on my wedding day :), its like telling a love story but at the same time it also able to show your love towards or family or your siblings :). Since it was a National Siblings Day yesterday soo yeah, photograph is important although I hate being taken through camera. But documenting your whole life will be such a great journey maybe, at a certain age we can trace our life..and re-think about it 🙂

Sp far this one I think is the most fit in for party theme song, but the music video does showed us the party theme, but Ed himself didn't show himself instead a puppet that resembles him, the music video featured one of the most talented, funny guy, Pharell 🙂 so yeah guys I love this song.

Definitely its my day the day I saw Ed's concert I've been to Taylor Swift's 1989, G Dragon's M.O.T.T.E, Ed Sheeran's Divide, and next I'll see Rich Brian here in Melbourne 🙂 sooo excited, there are other artists that I want to see Eminem, Kendrick Lamar, MINO, PKCZ, Honest Boyz, EXILE, ONE OK ROCK..I think they're so cool Jay Chous, Utada Hikaru, KOHH, and many more. I think being a fan you don't have to be too extreme to the point you want to date them :), or having a fan war. Since music is to be honest a preference, and there is nothing right or wrong on loving it. 🙂