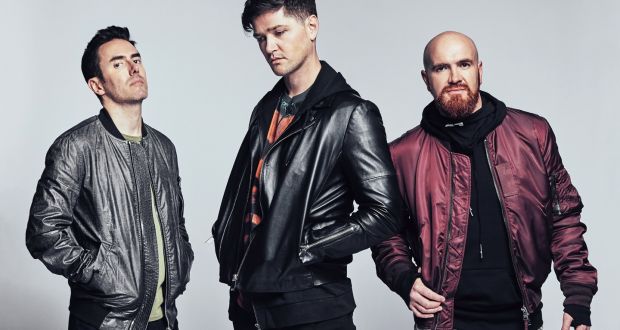 Let’s start here.. “I’m falling to pieces..laid in bed with a broken heart..even if its rain or snow.. I just lost my job but didn’t lose my pride”literally its the most heart break songs ever.. which is its the BEST THING..if you think WINNER from YG did wrote a heart break with EMPTY, and recently We Were than you are the same spectrum with me loving heart break songs 🙂

“Still in love..but I hear is Nothing”

I know that the band blew up to success with The Man Who Can’t Be Moved, I feel like its the most listenable heartbreak song in the century, if you just got a break up, than you should listen to the song, The Script came back to the album Science and Faith. In which Science and Faith arguably my favourite album of all the time from The Script, I love the song called.. Nothing 🙂

“If she sees how much I’m hurting, she’ll take me back for sure”

Their 3 album was also my second favourite after Science and Faith, Six Degrees of Separation, Hall of Fame (both remix and non remix loved them 🙂 ), If You Could See Me Now are my favourite songs. With Six Degrees of Separation its pretty much the pain feeling of having a break up…I don’t have a boyfriend just yet.. but I’ll pick up the song for my future break up 🙂

“..and the third is when your world splits down in the middle”

For If You Could See Me Now, and Hall of Fame is about making someone else and ourselves proud, the only difference is that If You Could See Me Now was dedicated to someone that we loved but they’re “HOME” already, and we hope that we are able to make them proud as if we want them to be on earth, with Hall of Fame its more like on making our down side to be our up side :), understanding that dedication is painful but it will be fruitful at the end 🙂

Danny’s dad went home back in 14th February Mark’s mum did too ❤ so they want to make their parents proud for what they did.

And definitely love Will.I.Am and the whole Black Eyed Peas too 🙂 thank your B.E.P for the love for the 2NE1 girls too 🙂 hahaha anyway the song is such a motivational song for me its more than just a song 🙂 And now we have to go back to the heart break song again they came back in 2014 with No Sound Without Silence 🙂 and Man on Wire is my favourite ❤

“Who would have thought that I’d be here by myself?”

This song is very The Script’s song, these days again a lot of artist try to rebuild the relationship with the younger fans with more approachable genre that more pop-pyish, dance, and tropical..in which is a good thing, I haven’t check their newest album yet but I will once I got time 🙂 since they went for hiatus after their last album before the new ones 🙂 But furthermore I love all the artist explorations through various musical journey 🙂 good luck for The Script wish you all the best 🙂